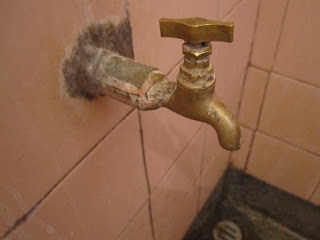 Ok, I've seen what that faucet did to Adam's backside and SWEET JESUS...he's going to the doctor to get that checked!!