Dinner tonight was a lot of fun.  I'm sure the fact that they all had naps helped.  We ate at 7:15... kuku and chips (french fries).  The chicken was a little tough this time, but that's expected.  Plump chickens are tough to come by. 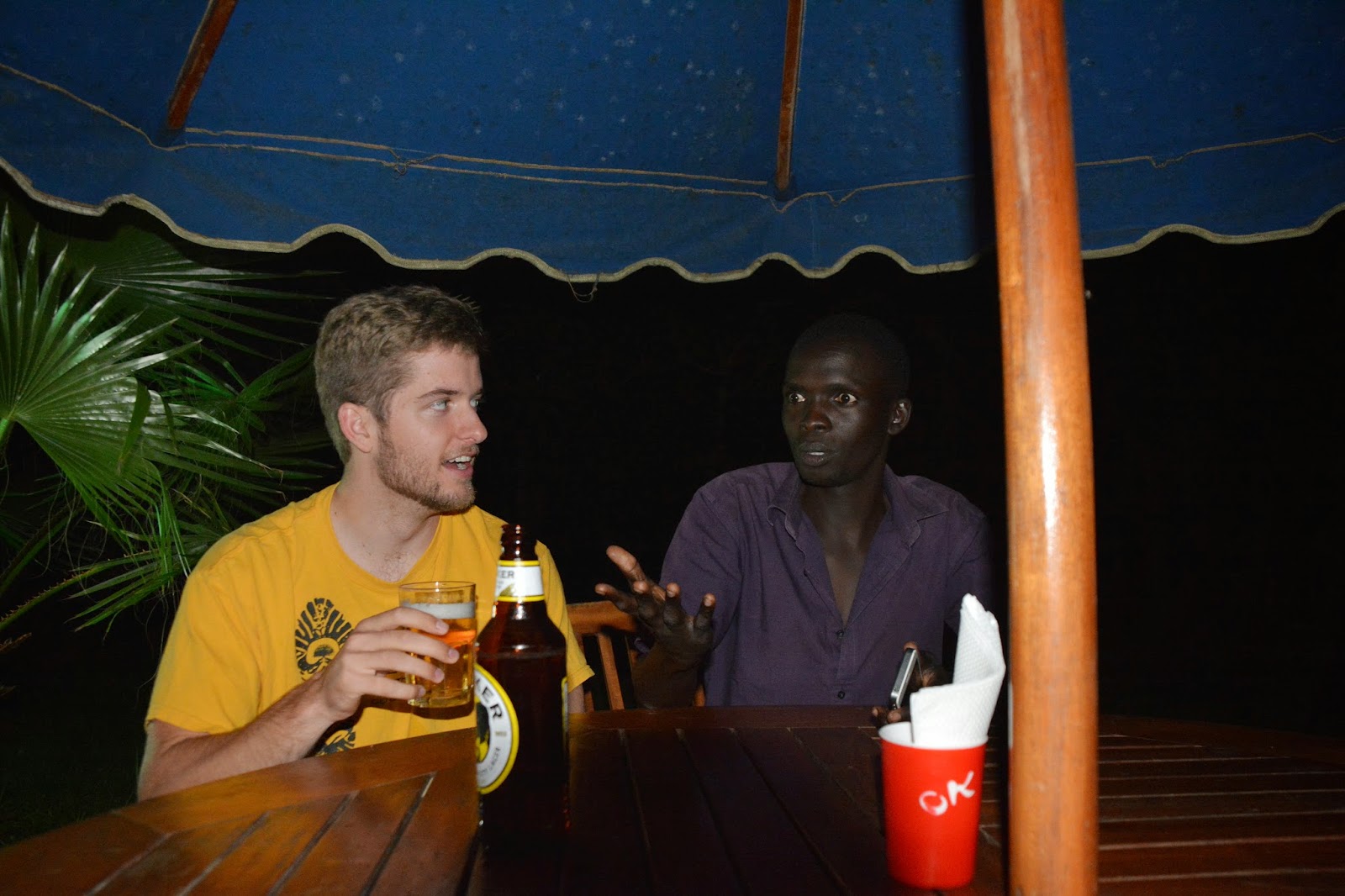 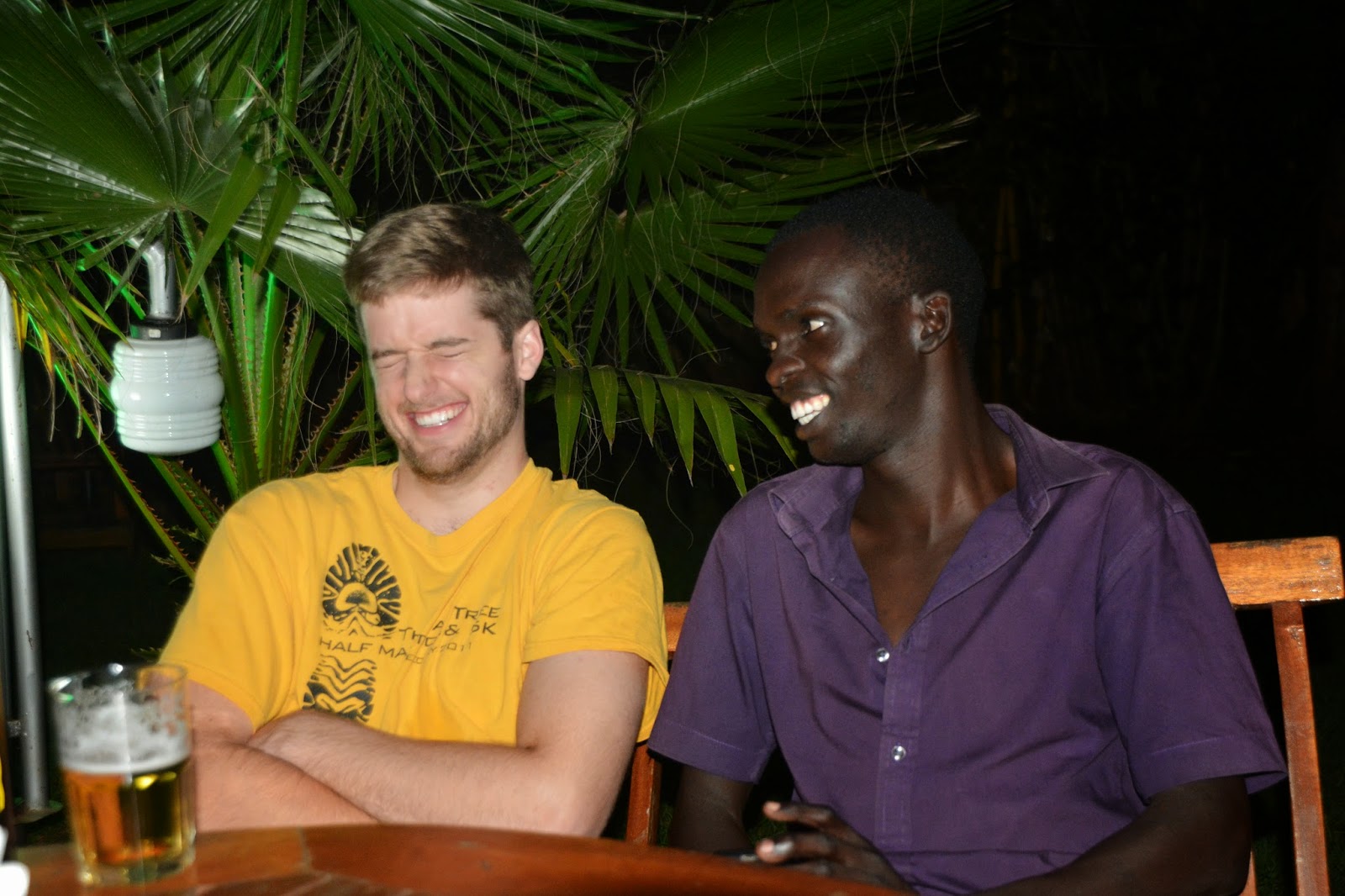 The conversation was dominated by Job and Kevin who talked about Job's girlfriend.  They were laughing at each others comments, and clowning around like they were best friends in college.  They're both taking classes so I might not be that far off.  The conversation turned serious as we talked about relationships in general.  Then it was back to laughter.  That's difficult to avoid with Kevin around.  His easy demeanor and quick wit are probably his two strongest personality traits.  They are tied with compassion and empathy, and those are evident as we sit with children... the ones we know as well as the ones he has just met.  He and Job always laugh when they're together.  Always.  Job is a character in his own right.  A wonderfully charismatic individual, he too has a welcoming aura about him.  A typical Kenyan, he's seen waaaaaaay too many movies.  You can see it in his gestures and mannerisms.  I never thought I'd hear him say it, but Kevin has already said, "Job, you watch too much tv," several times.  Pot, kettle.  They truly are two peas in a pod.
They went to bed about an hour ago.  I was able to talk with Andrea and Katie, and I'm hoping that Karen can sneak in a FaceTime call before they all head out to the movies.  If I'm up later, I'll be sure to call her.  When I'm here, hearing their voices makes all the difference in the world.  That's why it's so frustrating when my signal drops or the connection is bad.  We'll try and Skype or FaceTime each other on Monday while I'm at Mbaka Oromo.  It's located up high in the hills of Maseno, so the signal is usually pretty good.  We've done it before and the only issue is the screen freezing sometimes.
Well, now it's time for me to turn in.  We're getting up at 7am for breakfast at 7:30, then off to 9:00 mass.  The futon mattress is calling my name.  Never thought I'd utter that sentence, but I just did.
See you tomorrow.

Another PS:  This would be a good time to say that I don't have an editor.  I don't read over these musings before I publish them because I'm usually exhausted by that time.  Please keep that in mind as you're reading.  Thanks for your understanding...  Also, I have no idea why the pictures end up in the layout you see.  They don't look like that before I publish it, but they always end up in something of a patchwork design.  Thanks for your understanding with that, too...
Posted by Adam Jablonski at 11:19 PM