I'm sitting in Dubai, waiting for my flight to JFK that departs in 2 1/2 hours @ 2:35am, so it's officially Sunday here.
I failed to post a lot of pictures on the blog, so I'll try to correct the things I missed now.
I'll start with some random pictures of children that we passed as we traveled.  It's a common scene and I wish I could have done a better job capturing the range of uniform colors that the primary/secondary schools wear.

Scenery is always another low handing fruit in Kenya.  Two things where you're always guaranteed a good picture: kids and skylines. 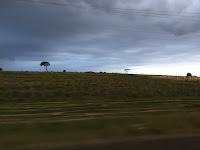 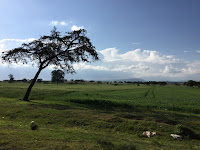 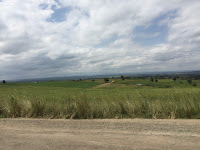 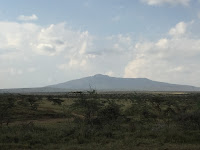 It never fails that we see something that seems to defy all logic.  There's always random cows, goats and chickens wandering everywhere.  When we were checking out of the Peacock, this cow was checkin in.  Although it's out of focus, this motorcycle driver was carrying a passenger AND a couch. 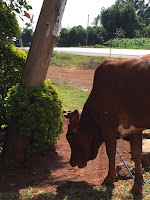 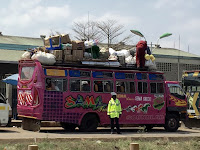 If you have excess baggage, just heave it to the guy on the roof.

I wasn't kidding when I said that Isaac's father enjoyed life.  Here are just two of the pictures of us clowning around.

Here's a picture of the extended family, including grandchildren.


Although I talked about it, I don't know that I ever showed pictures of our lodging choices during this trip.  Here's a few just in case your imagination wasn't cooperating. 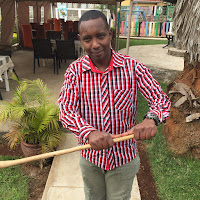 Here's Isaac trying to convince me that if you extend your thumbs, then touch them it will always equal 12 inches.  I wasn't buyin' it.


Here are a few more pictures from the Giraffe Center.  They've also got a warthogs, which are truly ugly.  I thought the wildebeests were worse, but i was wrong.  Definitely the Pumba. 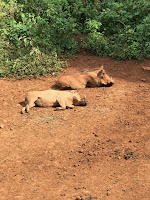 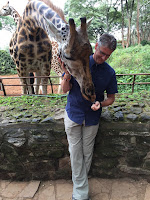 When in Nairobi, I usually stay in Karen.  It's an incredibly affluential are as evidenced by the homes in the area.  This is where all the dignitaries and ambassadors reside. 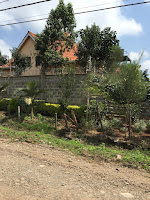 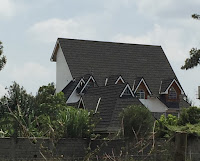 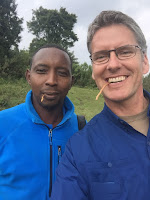 While walking on their farm, Isaac picked a branch off of what looked like a juniper tree, then removed the bark.  He told me it's a "bush toothbrush."  You chew on the end of it until it softens and sure enough, it worked.  I was expecting it to taste like gin, but instead it was a mild minty taste.  Who knew? 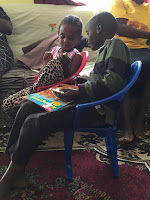 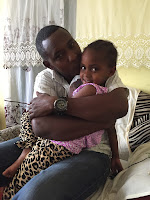 Isaac and his children. 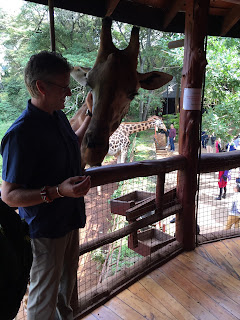 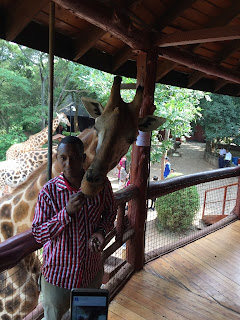 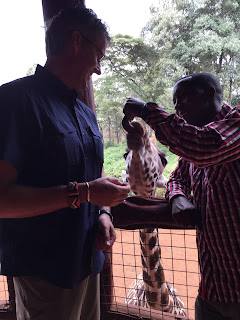